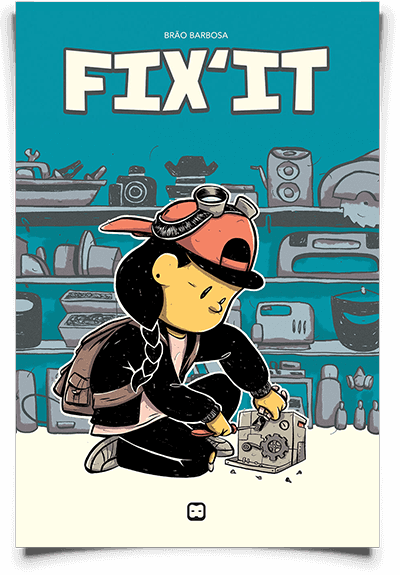 A friendship between a little girl and an old man. How they find questions and answers in the middle of a messy workshop. 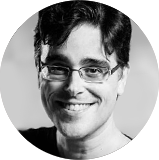 Reading “Fix’it”, through the eyes of Brão Barbosa, with his vivid artwork and script, I was deeply touched with emotion. It transported me back to my own childhood. The outlandish image of Mr. Ravid, brought back memories of my late father, who was one of the most creative, fun-loving people that I had ever known, my partner in crime – through turmoil and adventure.

He had a makeshift workshop just off the kitchen in the laundry room at my grandmother’s house. It was a delightful space, packed with tools against the walls, rolls of tracing paper, airplane assembly kits, model boats and cars, notebooks and books, sketches and house plans, and wooden toys he made for me.

My father could create and fix just about everything. If grandmother’s cooker broke, he would immediately study up on it, consult technical books, ask in stores or talk to technicians, and he would be able to fix it to an even better working condition. If my grandfather complained about his dentures, hurting his palate, dad would study it, buy all the necessary material and mold a new prosthesis (several models), until my grandfather approved of one. It was the 1970s and 1980s, so there was no internet, everything had to be tediously sourced in libraries or by talking to people in the know-how.

Delving into Eunice’s character I could see a little bit of myself. In my case it was my love for the arts (still today) and not really engineering. Dad always tried to pass on his love for machines, taking me with when he fixed things on his blue Volkswagen Beetle. But, after a while, seeing my face of utter boredom and dismay, he sort-of gave up, realigning his enthusiasm with me on creating audio-stories, drawing and comic books, which he too loved and he made me even more enthusiastic. We were no longer talking about car engines, but rather bizarre superheroes and crazy monsters. Every weekend we would invent stories for these characters. Dad gave me the belief, that we can be independent, we can create our own entertainment, by creating things to entertain ourselves without always consuming externally or depending on others. We could have our own private universe and feed from it with extreme happiness and personal satisfaction.

“Fix’it” will transport you to this warm and nostalgic universe, since each of us has a life story in which we were graced by a creative and kindly mentor or soul, who synchronized with ours, accepted us for who we are and filled us with hope and encouragement.

We cannot fix people or ourselves as easily as we can fix machines. Perhaps we are never repaired as a civilization, but at least we have some solace: our enchantment with the unknown will never cease, it will forever take us forward, never stagnating.

An exciting, beautiful work with a captivating drawing and stupendous scenes of passage of time that deserve to be seen, reviewed and admired. Certainly, ‘Fix’it’ will be on my list of best of the year.”

‘Fixit’ is one of the best and most beautiful comics I’ve read this year. With a charming drawing and a beautiful nostalgic plot based on a real and striking story of the author. Expressive characters, well-described girls, a nostalgic and exciting message. If you’re a comic book fan, you can not fail to have ‘Fix’it’ on your shelf. Five aliens for the HQ and a strong indication for you to read as well.” 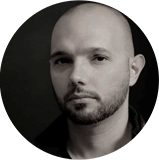 Observer by nature, is always looking for a story to tell. 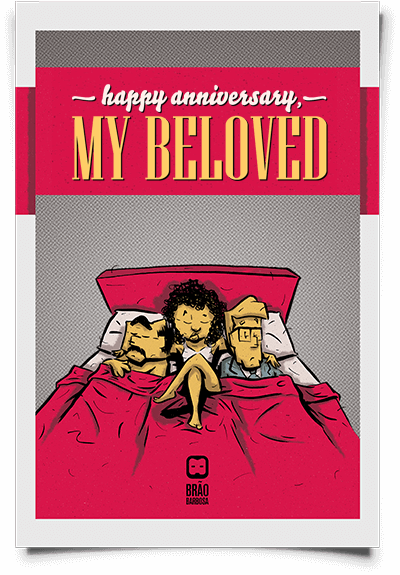 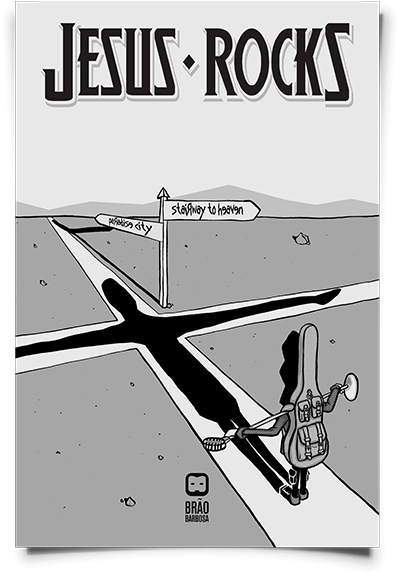